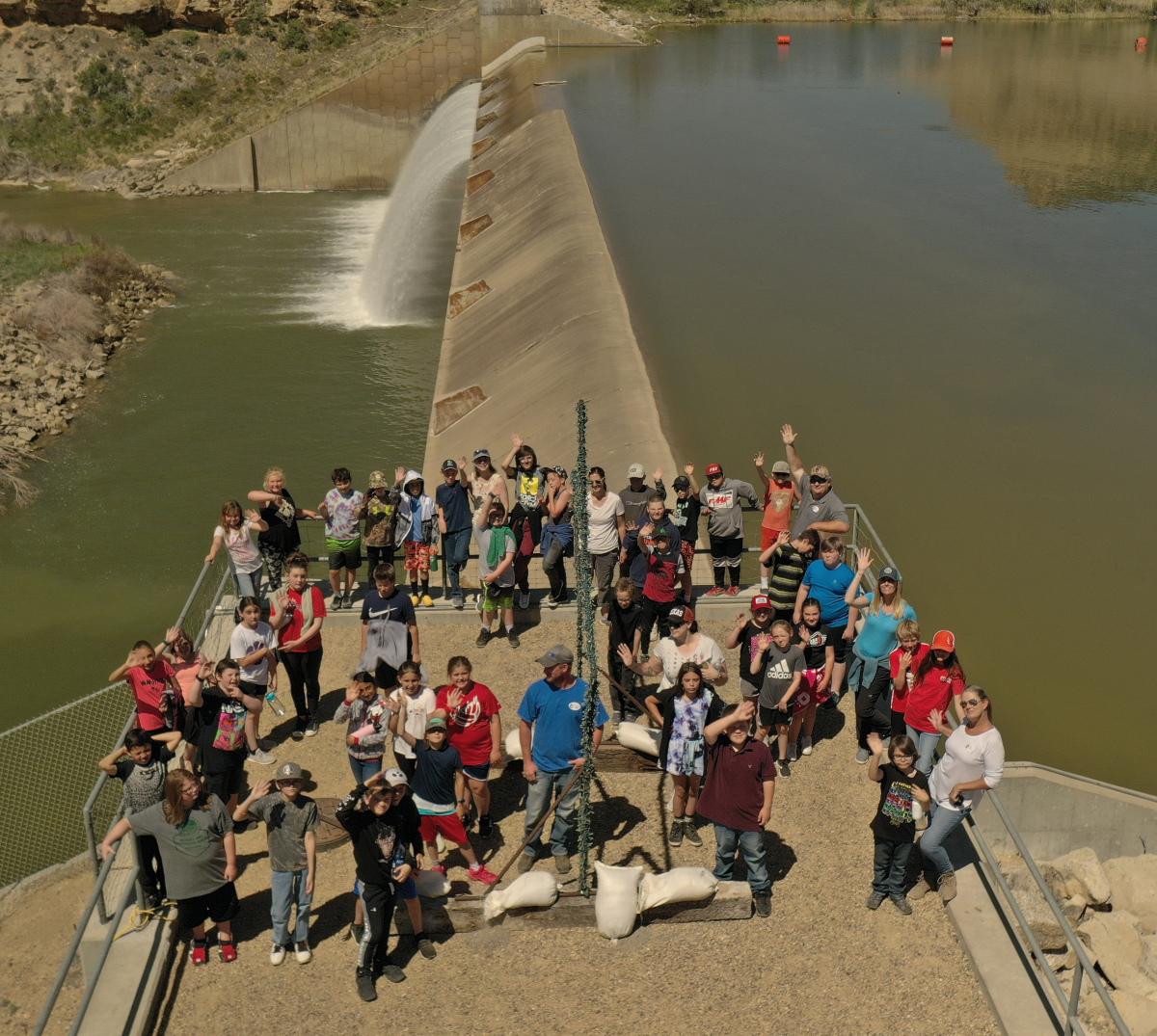 Taylor Draw Dam was constructed to alleviate flooding caused by ice jams in the White River. Such flooding was a major reoccurring issue for the residents of western Rio Blanco County, to the point that floodwaters would back up to the stoplights on Main Street inundating a significant portion of the community and damaging municipal, business, and residential structures. The construction of Taylor Draw Dam has effectively resolved the flooding issues in the area. Before the construction of the dam, the typical means of eliminating ice jams was the use of dynamite/TNT to blast these large ice sheets apart. At one point, the ice jams were so significant the US Air Force was called in to use armed rockets and sonic booms from the jets to blast jams apart. Neither of these approaches proved to be an effective long-term solution.

In 1991 Taylor Draw dam's‚ height was enlarged to accommodate the upcoming construction of a hydroelectric facility. In 1993 a 2-megawatt hydroelectric generator was added. Again, the facility was fully funded by taxpayers residing within the service area of the RBWCD. The generator is capable of variable power output matching the flows of the White River. Seasonally the hydroelectric facility is shut down due to lack of river flows, typically in March, due to ice breakup, and August because of diminishing summer flows. At full power production capacity, the hydroelectric facility provides up to 30% of renewable energy for Rangely. 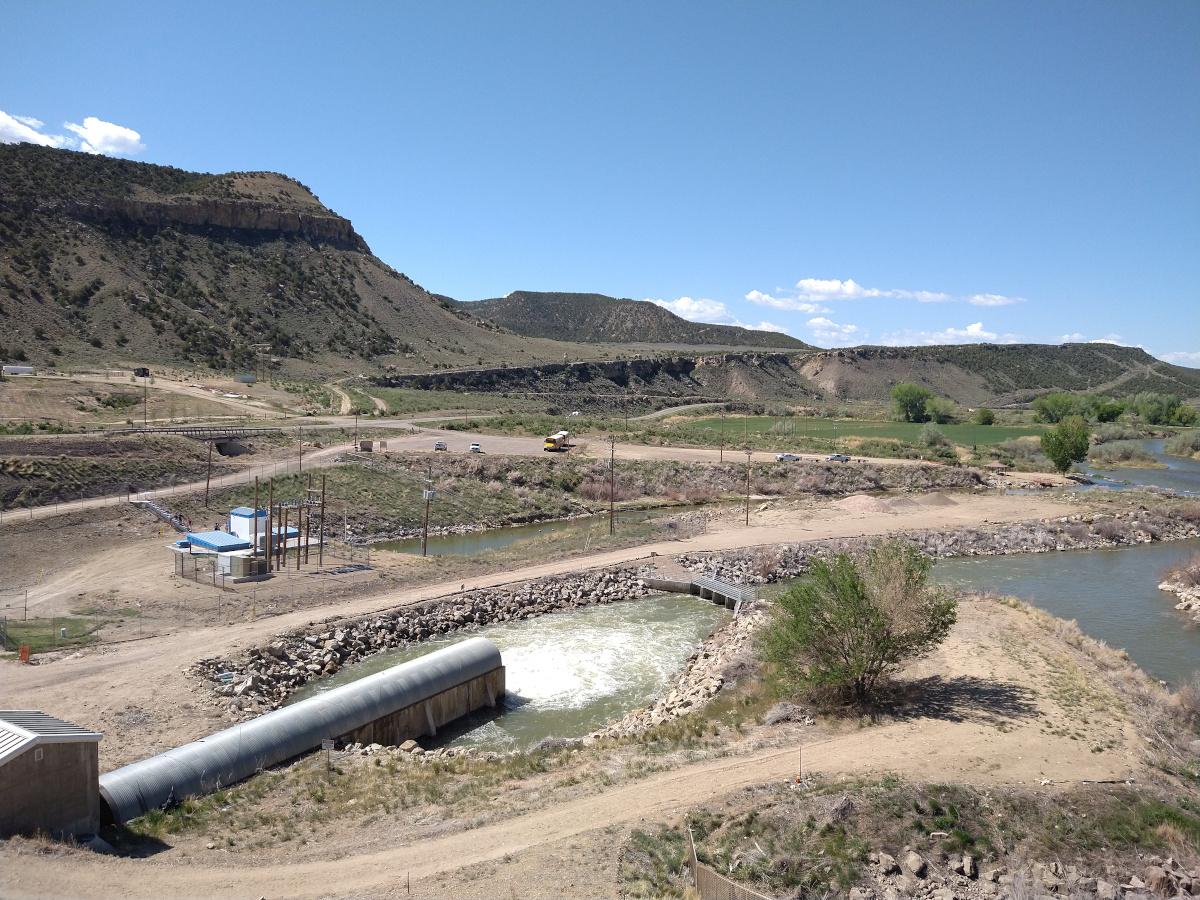 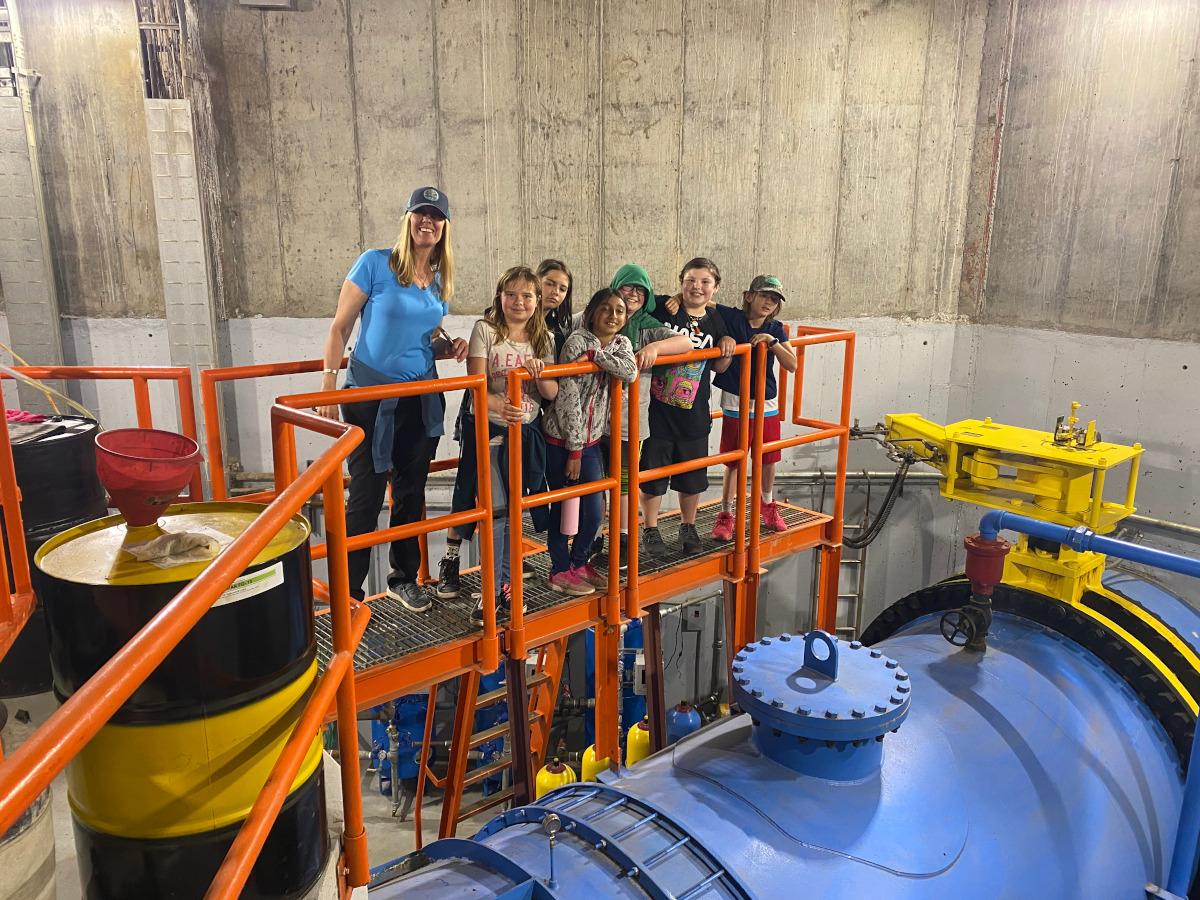 When constructed, Kenney Reservoir contained 13,800 Acre Feet (AF) of water, had 650 surface acres, and a planned effective life expectancy of 30 years. Presently, Kenney Reservoir has closer to 8,000 AF of water and 335 surface acres, as the reservoir continues to lose around 315 AF of storage each year due to ongoing siltation. Following the construction of the dam over 750 ‚ sediment traps‚ within the RBWCD service territory and drainage area of Kenney Reservoir were constructed to extend the life of Kenney Reservoir. These traps are maintained with an ongoing program in cooperation with the BLM and have proved extremely effective--extending the estimated life expectancy a decade beyond the original 30-year estimate. Unfortunately, even with these efforts in place, Kenney reservoir has an estimated effective storage life until 2028. The RBWCD staff is continuously seeking means to remediate the ongoing siltation and regain lost capacity.

The original concept for Kenney Reservoir included the construction of a mainstem reservoir located at Wolf Creek about 20 miles east of Rangely. This dam will function as a means of increasing storage on the White River, allowing for population growth, while also increasing the life expectancy of Kenney Reservoir by reducing sedimentation. Plans for moving forward on this reservoir are in process.

Ultimately Kenney Reservoir is here to stay, at a reduced size, but continuing to protect the residents of the lower White River from flooding and providing diverse recreational opportunities for residents and visitors. Amenities associated with Kenney Reservoir include, but are not limited to, picnic shelters &, areas, handicap accessible fishing pier, public restrooms, modern boat ramp, undeveloped boat ramp, campground, primitive camping, 2 swim areas one roped off near the campground and the other at the marina with float docks, numerous floating docks, boat mooring for day use, wildlife viewing area, and primitive lands.